Christmas of the Vampire


Charlotte jumped, her eyes widening before she rolled it down halfway. Holy hell, she looked good. Twin spots of color formed on her cheeks, her skin just as smooth and touchable as he remembered.

He just wanted to forget her. Irritated with himself, he wanted to pound on something again. Split second decisions for a vampire among humans, especially a Council member, had to be the correct ones. Slip ups and mistakes could be costly. Why did he always forget who he was and what his responsibilities were when he was around this woman? Then, just as quickly, her expression darkened. I might need to give a statement or something. Did they hurt you?

He was being too forward with her, forgetting that he needed to act as if she were a stranger to him. To make himself less intimidating, he knelt so that he had to look up at her face. The faintly vanilla scent of her skin filled his nostrils, bringing back all sorts of memories. Long walks through the city.

Burying his nose in her hair as he made love to her.

He ground his teeth together and forced those thoughts from his head. Relationships with humans were frowned upon, especially for a Council person who was supposed to set an example for others to follow. Maintaining their population numbers, especially given that they were so low, had always been one of their prime objectives. His relationship with Charlotte last year had progressed quickly. Then came that horrible business with his cousin and the ultimatum from his father.

It was the catalyst that had forced him to do the right thing…and stay out of her life. Over and over he told himself it was a blessing in disguise when he had to wipe her memory. She could never know the truth about him and he could never tell. Not only did she deserve much more than a relationship built on lies, but if he wanted the Council to vote him in, things between them had to end. So while the episode will be crazy as always , star Candice King recommends you focus less on the immediate issues—i.

Christmas episodes are always pretty intense on The Vampire Diaries.


Tell us about this one! It's not necessarily an easy, bright Christmas that they have planned for the day. Basically, it's Stefan and Caroline's last 24 hours together so we're going to see her struggling with that. There's obviously a plan for the day and nothing stays perfectly planned for very long in Mystic Falls so it's going to go a little haywire, to say the least.

I also love that there's this great dinner table scene where we get to learn a little bit more about Matt's dad. We start to understand Sybil, and she has a much bigger agenda than we anticipated. It's a very informative episode with some big action as well, but I think it's a great way to get us ready for the final half of the series.

Have you started to think about the end yet? It has been a big season to film just logistically. I think after the holidays it'll start feeling much more real and much more sentimental. Because right now it just feels like oh another season, we're in it! Long days and long nights. So I think after the holidays it'll hit everyone like, "Wow, we're usually filming until April and we've finished at the top of February! Don't you hate wedding planning when that happens?


No, at this point she's dealing with the fact that he has sacrificed himself and their relationship for a while to save her kids, and she's having to sacrifice being around her children so I think she's just more mourning the loss and the change of it all as opposed to really worrying about the wedding. What do you think made Caroline decide she needed to separate herself from her children? I think Caroline finally realized that it's not safe and she doesn't want her kids put in danger. And if that means sacrificing her being around them, then that's the ultimate self-sacrifice she can make as a parent.

I thought it was a very big moment for her and just wanting them to be safe because there's no way they can continue to be in Mystic Falls. She is wrapped up in everything, especially Cade lurking about, and she just didn't want to take the risk especially because her daughters are supernatural too and she doesn't want them being used as pawns anymore. For sure, my favorite so far. The narrator, Coleen Marlo did a pretty good job with the narration but I found her accents for the male character slip from time to time.

A Scottish brogue would change to something that sounded Russian then back to Scottish. If he had narrated I could easily see my rating for the narration go to an A. All I Want for Christmas is a Vampire was a fun paranormal romance listen with just enough touches of the holiday season to put me in the mood for my very own Scottish Vampire for Christmas. The plot and characters are you typical PNR series format. I was not lost in the plot since it was about one couple. While I was not a huge fan of the narration of some of the characters, I enjoyed All I Want for Christmas is a Vampire and I will be listening to the earlier books in the series.

The romantic scenes and the ending. Did you have an extreme reaction to this book? Did it make you laugh or cry? I have read the book and I loved it.

Having it read to you is so much better i can take it with me in my car and its just nice to have that option. I would say you can read anything that is from Kerrelyn Sparks or Lynsay Sands. If you are looking for good books that have vampires in them that are romance ones. 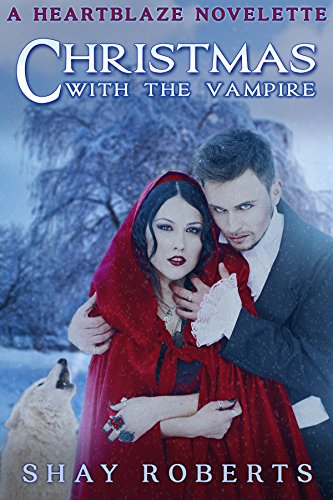 I love when they all realize that Carlos is a panther. Its so funny. Was this a book you wanted to listen to all in one sitting? No I was listening to it at work so i had to do it in 2 days but you could do it in one day. You really don't want to stop listening to it once you started. I had difficulty getting into the characters at first. The characters and story line developed at a slow pace initially.

The relationship between Tony and Ian developed immediately. But then I did start with book 5 of the series just because of the season. The book contained the right balance of action packed battle with the sultry sizzling steam of romance. And in the end I found I enjoyed the story more than I initially expected. Would buy more from this Author in future. Narration was fantastic.

Your audiobook is waiting…

Listened for Fun Audible Overall Rating: 4. It made me laugh, cry, and cheer for love. I will admit this is my first K. Sparks book yes I know I read out of order but she just landed on my series to read list for next year.